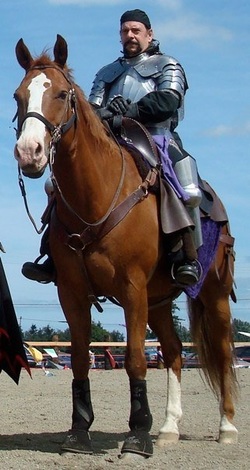 1992 - 2020
Cinnabar was one of those horses horsemen always watched.  A registered paint gelding born in 1992, he stood a full 16 hands, but with such a perfectly proportioned, compact frame that people were always surprised to learn how tall he actually was.  He'd been trained in reining when Walt Szklarski found him in 1995 and decided they were perfect for each other.  The two went on to be best pals, enjoyed competing in team penning and other western games, and of course trail riding.  When Walt joined the Seattle Knights in 2004, Cinnabar set his hooves to learn all new games.  Though his fans sometimes mistook his occasionally grumpy expression for the real McCoy, good old Cinnabar was a real sweetie at heart.  Always willing to give his all, he truly loved nothing more than going like a bat out of the bad place against the quintain and other tests of speed.  His cat-like grace and flawless haunch turns were the envy of the other horses in the SK—and certainly their riders!  Walt reluctantly retired Cinnabar in 2018 and bought another horse to joust on, but Cinnabar remained his best buddy, and the two enjoyed their new leisure time together.  Cinnabar knew he was loved and cared for all the way to the end.

Farewell, Cinnabar, and may you frolic in the in forever-green fields you so richly deserve. 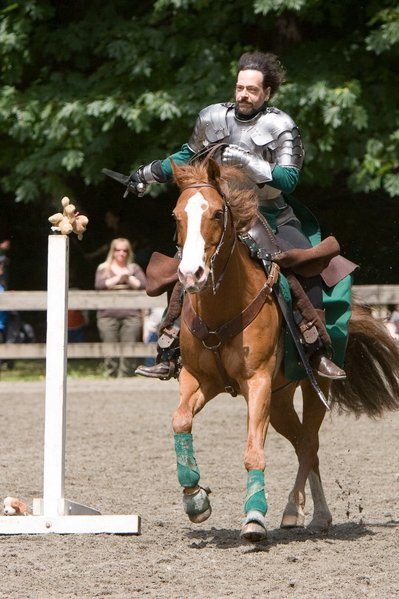 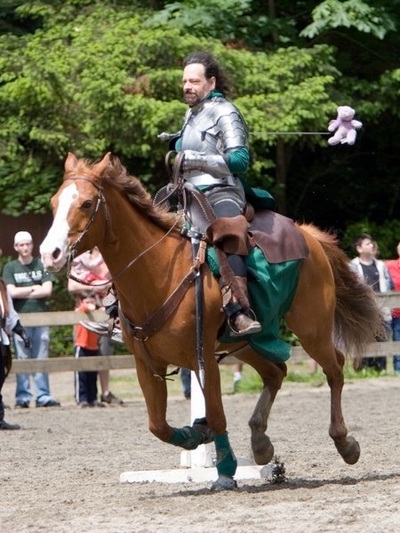 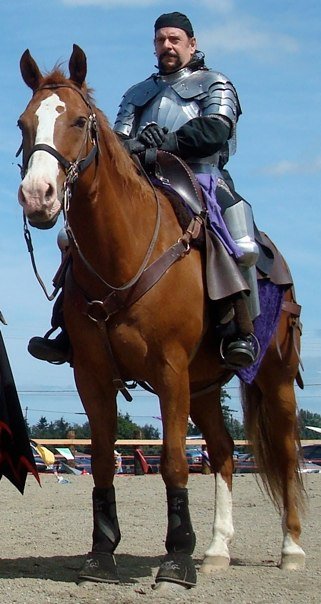 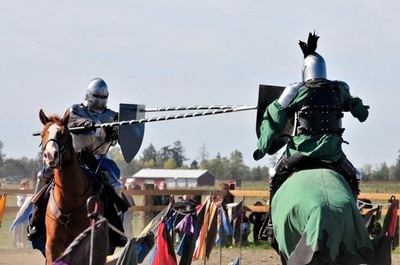 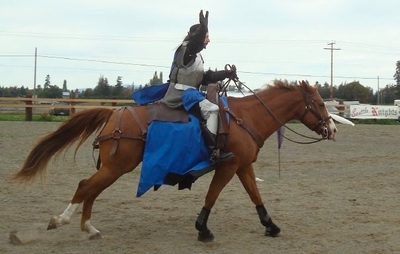 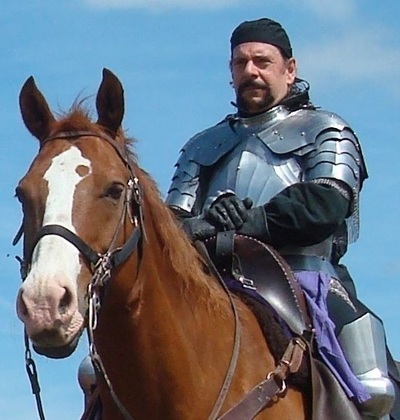 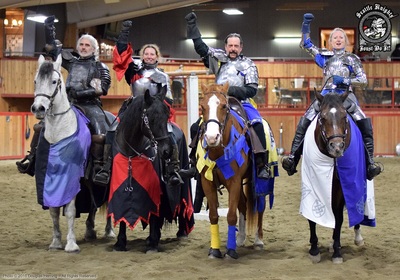 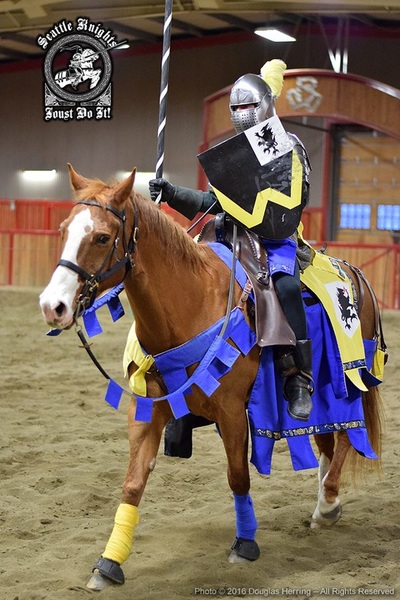 Back to Horse Power